The Library and The Ante Library

In large country houses such as Highcliffe Castle, the Ante Library was used to store books that the owner had read, or as an overflow from the main library.

It is estimated that these two rooms at the Castle could house up to 30,000 books. 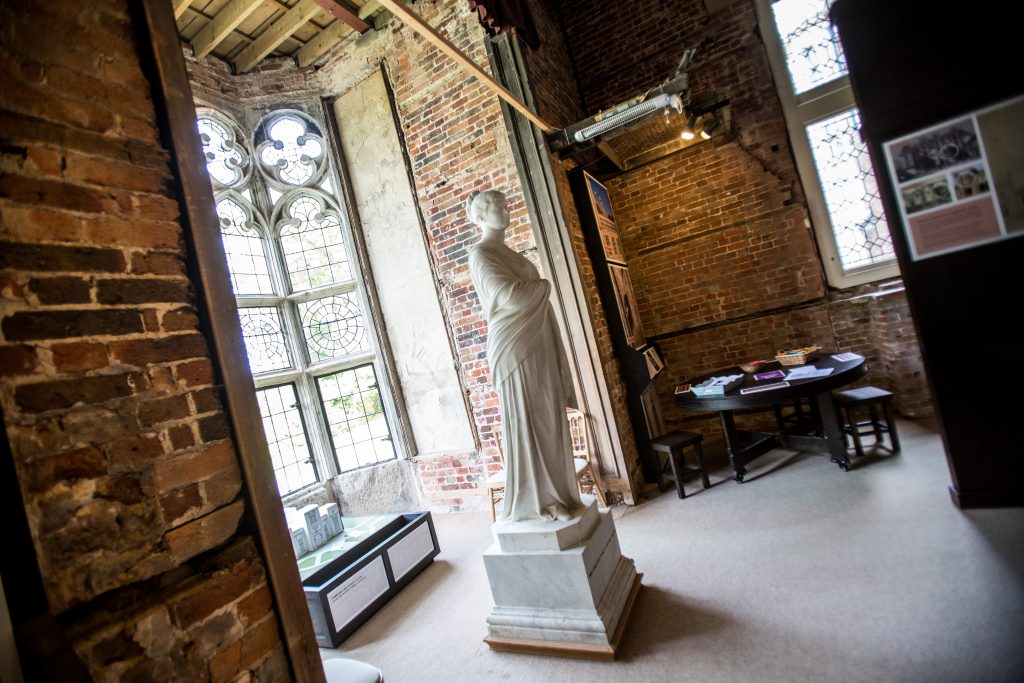 Why not take a Tour?

When the Castle re-opens our knowledgeable volunteer guides will be able to take you behind the scenes to visit areas of the Castle you will not get to see on the public route. Upgrade your admission ticket for just £3. Tours run from Sunday – Thursday at 12 noon.*

*subject to change and availability

A versatile room with full length windows and spectacular views.

The State Dining Room is the Castle’s predominant function room.

It is estimated the two libraries could house up to 30,000 books.

Designed as the Castle’s hub, marble surround doors lead to most rooms.

Used throughout the 19th Century catering for lavish parties.

Woodland walks, outstanding views – there’s so much to explore!