There are cycle paths across the area and there are planned cycle routes depending on your start location. Once visitors have arrived on site we have provided bike racks in two locations for safe storage of bikes. By the Castle Kitchen and also the public toilet block in the car park. We also stock cycling books and maps for further possible routes onwards from the Castle.

We have a weekly volunteer-led health cycle ride which begins from the Castle and explores the surrounding area.

We have Beryl bikes available for hire on site, follow the link to find out more. You access them through an app onyour phone and pay per use. There are two Beryl bays on the Castle site, one located by the public toilets and one by the tearooms.

There are number of walking routes leading to the Castle, following the coastal path is the easiest option, there are a number of starting points:

The Cliff Top car park is situated in Wharncliffe Road; it is a two minute drive from the Castle and it is possible to walk the 2.5 miles route along the beach to the Castle, where there is a ramp leading  up to the grounds.

There is also a walk starting from Hengistbury Head, Bournemouth, which starts out on foot linking to a ferry trip towards Mudeford, on foot through Steamer Point Nature Reserve resulting in the Castle being one of the stops along the way. Further details here.

The Castle Car Park currently holds 130 spaces including a bay for wedding car parking which when in use takes up 30 spaces and there is also a further 6 spaces for blue badge holders. During summer months this car park often becomes busy from early in the day. Alternative car parking is provided nearby at Highcliffe Cliff Top car park in Wharncliffe Road (see map) or at Steamer Point car park in Mudeford. From Steamer Point car park, Highcliffe Castle can be reached in 10 minutes by following the Coastal Path which follows a cliff top route through the nature reserve with stunning sea views of Christchurch Bay.

The Castle can be accessed by coach, passengers can be dropped off at the designated Coach drop off situated at the front entrance of the Castle, and the driver would then park the coach at the Cliff Top car park, returning for the passenger departure at a pre-agreed time. The Castle offers group discounts for groups of 10 or more visitors.

Visitors can board a bus in Bournemouth which is run by More Bus service on the X1 and X2 route, this route takes you through Christchurch and Highcliffe with a stop right outside the Castle next to the Lord Bute Hotel. This service runs Mon-Sat in the daytime up to every 30 mins and on Sundays every two hours.

Yellow buses are also running a route on the 1 service running from Christchurch stopping right outside the Castle next to the Lord Bute Hotel, this service runs on variable times every hour to hour and a half.

Please check the bus company’s websites for up to date and correct information.

Hinton Admiral Train station is located 1 mile from the Castle and from this point visitors have a 15-20 min walk to reach the Castle. The train route services a number of stations on its through journey, notably the main being London, in just under 2 hours to the Castle. Bikes can also be transported on the train and then cycle from the station.

Visitors travelling from the Channel Isles and northern France can use Condor Ferries via Poole Ferry Terminal, which is a 12 mile drive from the Castle. Please see their website for timetables and routes. 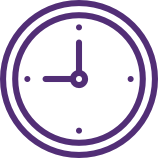 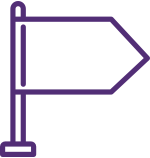 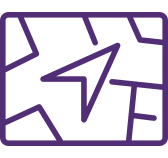